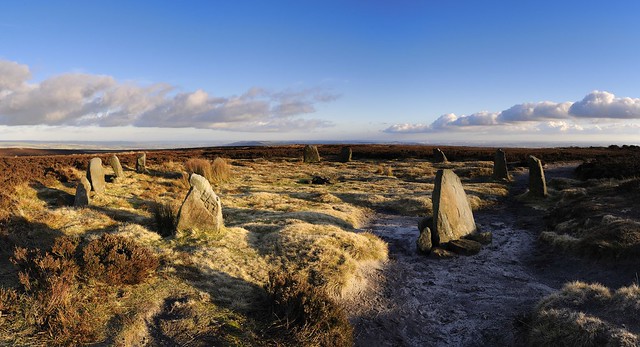 Ever since I had my first ‘point and shoot’ camera I’ve wanted to communicate how I see and feel a place in the images that I make. As a keen hill walker, traveller* and designer I’m drawn to landscapes, architecture and new and unfamiliar places. I try to convey the emotions stirred in me by (amongst other things) the wild beauty of British landscapes, the epic grandeur and rich textures of historic buildings, the bold forms of modern architecture, and the vibrant sights of a foreign place to my outsider’s eye. However it wasn’t until the 1990s, when I was working at the National Museum of Photography, Film & Television (now the National Media Museum), that I began to learn the technical skills I needed. Mr. Bob Cox kindly sold me my first Nikon SLR (a Nikkormat EL2) for a bargain price with a half hour crash course in using it thrown in. Since then it’s been a constant experimenting and learning process. I began with (and occasionally still use) film but gradually made the move to digital from 2007 – although my manual lenses still have pride of place in my camera bag.

Flickr is where I share the majority of my photographs (a sample is shown above). You can also find selected images for sale as fine art prints on Redbubble and for editorial/publishing use on Alamy.

*A bit of a romantic notion. Like everyone else, I’m just another tourist really.