…or spherical photographs or 360 degree panoramas or rectilinear spherical projections. In 2015 I began experimenting with this particular form of photography and the opportunities for novel forms of interaction they afford, particularly when viewed with tablets and smart phones. There are some examples below.

Norman arch at the main entrance to Selby Abbey

Intriguing locations across the city. Part of the Sound Spaces collaboration. 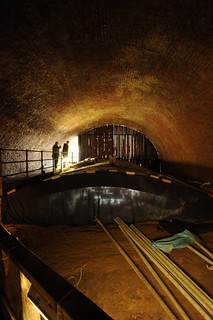